Tips from Sister Janet Marie: Caring for Someone with Alzheimer’s 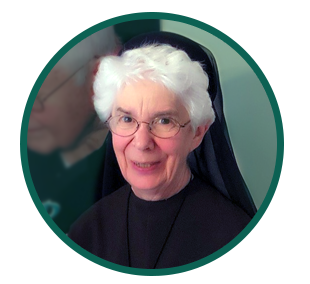 Sister Janet Marie Bagniewski, FSE, RN has been a nurse for over forty years. She has worked in hospitals and nursing homes, and been an instructor for nursing assistants.  Her favorite part of the job is care for the elderly. Throughout her years of experience she has collected methods from numerous sources in how best to interact with someone who has Alzheimer’s disease.

When a loved one is focused on an undesirable behavior it is important to not become combative. Sister Janet Marie suggests “Treat them like the adults that they are, and be warm, friendly, and gentle.”

“Don’t say ‘no’ and never argue. If you become frustrated, stop and take a deep breath. Take a step back, literally.” When we feel frustrated we will often raise our voice or step forward without realizing it. This can be interpreted as aggressive body language and whomever we are talking to will respond with aggression.

There is a reason for every behavior, even if your loved one isn’t conscious of it himself. These behaviors have to do with the past and are linked to a desire for something positive, familiar and comforting. For instance, “Jim” would go around the house turning on every faucet and leaving them running. It perplexed his wife until she realized it was related to his experience as a plumber.

Another example is “Linda” who would insist that she had to leave the nursing home. She would wait by the door, agitating the nurses. Finally, someone asked what she was going to do after she left. Linda replied that she had to feed her children who were waiting for her at home. She was acting out a maternal instinct which was a major part of her adult life. 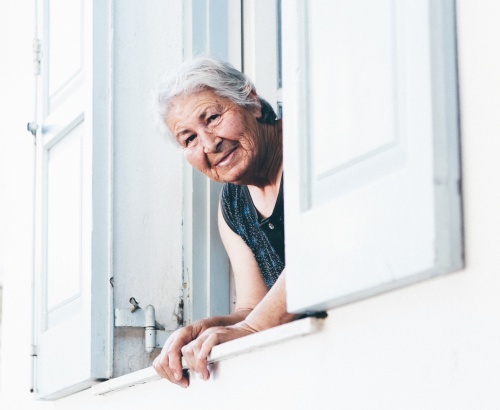 In our society we seem very good at giving affirmation to young people and peers. “But who gives it to the elders? We all need praise,” says Sister Janet Marie. Once we have identified an underlying cause for a behavior we should praise the person. Think of something specific that can relate to the behavior you are seeing, but does not praise the behavior itself:

“You sure are a hard worker!”

“You are a terrific mother!”

“I’m amazed at how attentive you are!”

It is important to engage the person without making them uncomfortable. You can do this by asking simple questions. “Become a journalist,” says Sister Janet Marie, “ask who, what, when and where. But not ‘why’. ‘Why’ requires a higher level thinking that might confuse someone with Alzheimer’s.”

Turn the conversation into action. Suggest an activity that is related to a basic or familiar need. “You have to get into their world and be creative,” says Sister Janet Marie. Asking for help with a simple task is a great way to steer the attention away from an unwanted behavior and re-direct to something else.

“Before you go, can you help me fold these towels?”

“Gee, I can’t find anything in this old tool box. Could you help me organize it?”

“We should visit the restroom before we start.” 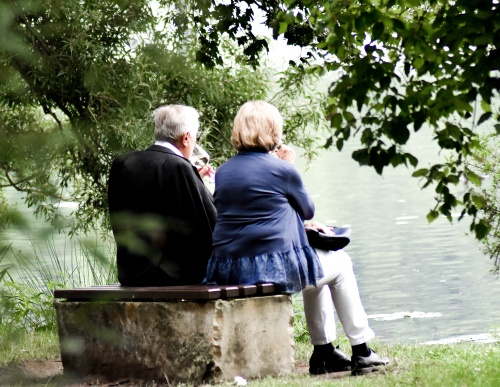 When it comes to being a caregiver for a family member, remember to give yourself a break. “Being a 24/7 caregiver is exhausting. But you can’t forget about your own health.” Sister Janet Marie recommends becoming familiar with the Alzheimer’s Association of Connecticut and seeking support. Another great resource is Naomi Feil’s Validation Therapy, which is suitable for professionals and family members alike. Getting hourly care from a care agency like Franciscan Ever There Care can also help give caregivers a little break in the day to run errands or re-charge. We are in the process of training every staff member in the care of persons with Alzheimer’s Disease.

If you have questions or concerns about caring for a loved one with Alzhemier’s Disease, don’t hesitate to call Sister Janet Marie. She can be reached at Franciscan Ever There Care: 203-630-2881.

Connect to the CT chapter of the Alzheimer’s Association.

Connect to information on Validation Therapy.

About the Author: Franciscan ETC

"I couldn’t do without Franciscan Ever There Care. I feel like each and every homemaker I’ve met is like one of my daughters. They treat my house and my belongings like they were their own. They are all so wonderful and they make me happy." - J. L.